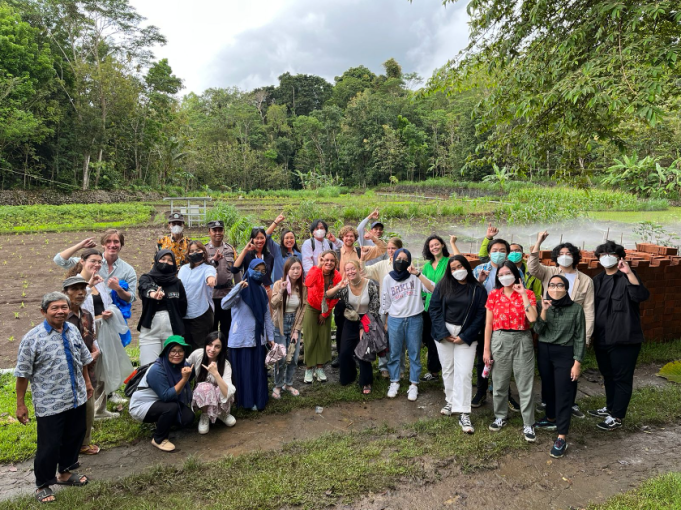 On Friday, 21 October, Psychology of Disaster and Crisis class had a field study at Desa Giriasih, Gunung Kidul. It is a community-led innovation in disaster and humanitarian response Ngudi Mulya where an innovation was made in the form of mist irrigation for the farmers there and most of the farmers are elderly. The agenda from the series of activities consist of presentations from the group who made the innovation, named The Ngudi Mulya Group. The innovation was also made as a response to the issue of severe drought during the dry season in Gunung Kidul. During the dry season, the area of Gunung Kidul is lacking a water source which leads to the difficulty of the farmers in accessing water. To obtain water, the farmers have to buy and carry the water from the field which is quite demanding and difficult to conduct since the farmers are mostly elderly. This innovation is integrated with IT through smartphones, the farmers can activate their smartphones and schedule their irrigation period. This is also in accordance with the hope of attracting the interest of young generations in continuing Indonesian agricultural activities. 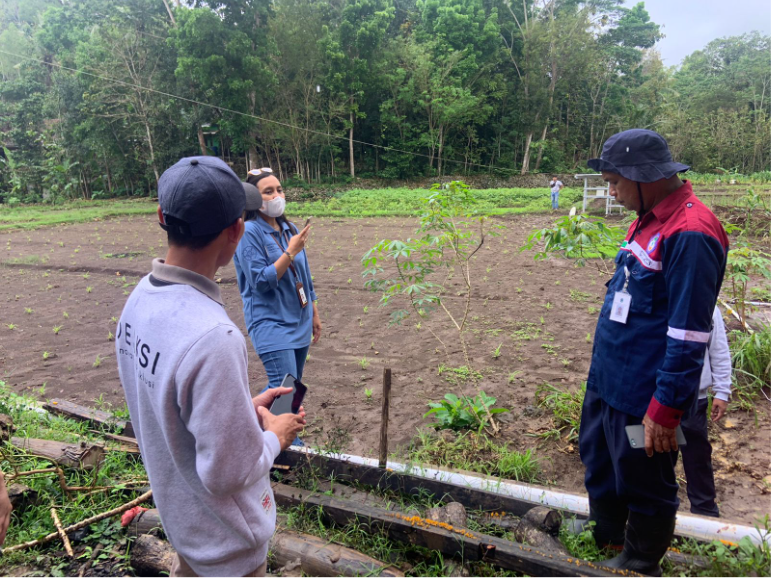 The challenges from the innovation include expensive operational fees in measuring the amount of the needed irrigation water for each plot of farmland, the operation of mist irrigation is still conducted manually with the purpose of determining the amount of water for each kind of plant. Lastly, since the majority of farmers in Gunung Kidul own large farm areas, the service of mist irrigation demands an expansion. Nevertheless, there are various learning opportunities that can be derived from the innovation. The Innovator Team was able to develop this innovation through discussion and collaboration with the appropriate people, despite the fact that there was initially a lack of understanding regarding the mist irrigation development technique for farming and no prior record of anyone else using the same system in the Gunung Kidul area. The implementation of the mist irrigation model for farming in Gunung Kidul by utilizing gravitational compression was made possible by the field survey to determine the best designing technique, discussion, replica making, and tests.